Join historian Dominic Selwood for a vivid exploration of how treasures from the British Library’s collection reveal the changing identities of Britain.

In this colourful talk — based on his new book Anatomy of a Nation: A History of British Identity in 50 Documents — Dominic Selwood delves into a kaleidoscope of documents from the British Library’s unique collection to assemble the story of how Britain evolved through the classical and medieval worlds to the modern day.

Some documents are familiar, like the mesmerizing musical rhythms of Beowulf, the jewel of Anglo-Saxon poetry that survives in just one slightly burned copy. Others are less so, including the irate bull of Pope Innocent III excommunicating anyone who obeyed Magna Carta for the sin of rising against an anointed king. Some are more personal and subtle, like the first Valentine’s letter, sent in 1477 by an amorous Norfolk woman anxious at her modest dowry. While others speak to the nation, like Vaughan Williams’s 1921 score of The Lark Ascending, a visceral reaction to his experiences in the trenches of World War One, and now a forlorn reminder of the carnage later generations have inflicted on the countryside’s once musical and colourful biodiversity.

Weaving these evocative documents together, Dominic uncovers a Britain we have never seen before. People are at the heart of the story: a female charioteer queen from Wetwang, a plague surviving graffiti artist, a drunken Bible translator, outlandish Restoration rakehells, canting criminals, the eccentric fathers of modern typography and the bankers who caused the finance crisis.

Dominic Selwood is a historian and barrister. He is a bestselling author and novelist, and frequent contributor to national newspapers, radio and television. He has a doctorate in history from the University of Oxford and a masters from the Sorbonne. He is a Fellow of the Royal Historical Society and the Society of Antiquaries. He lives in London. 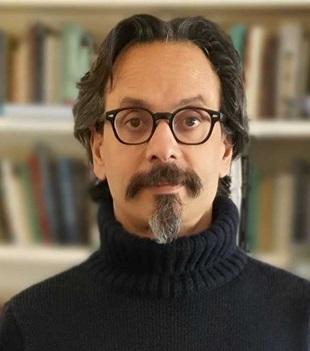